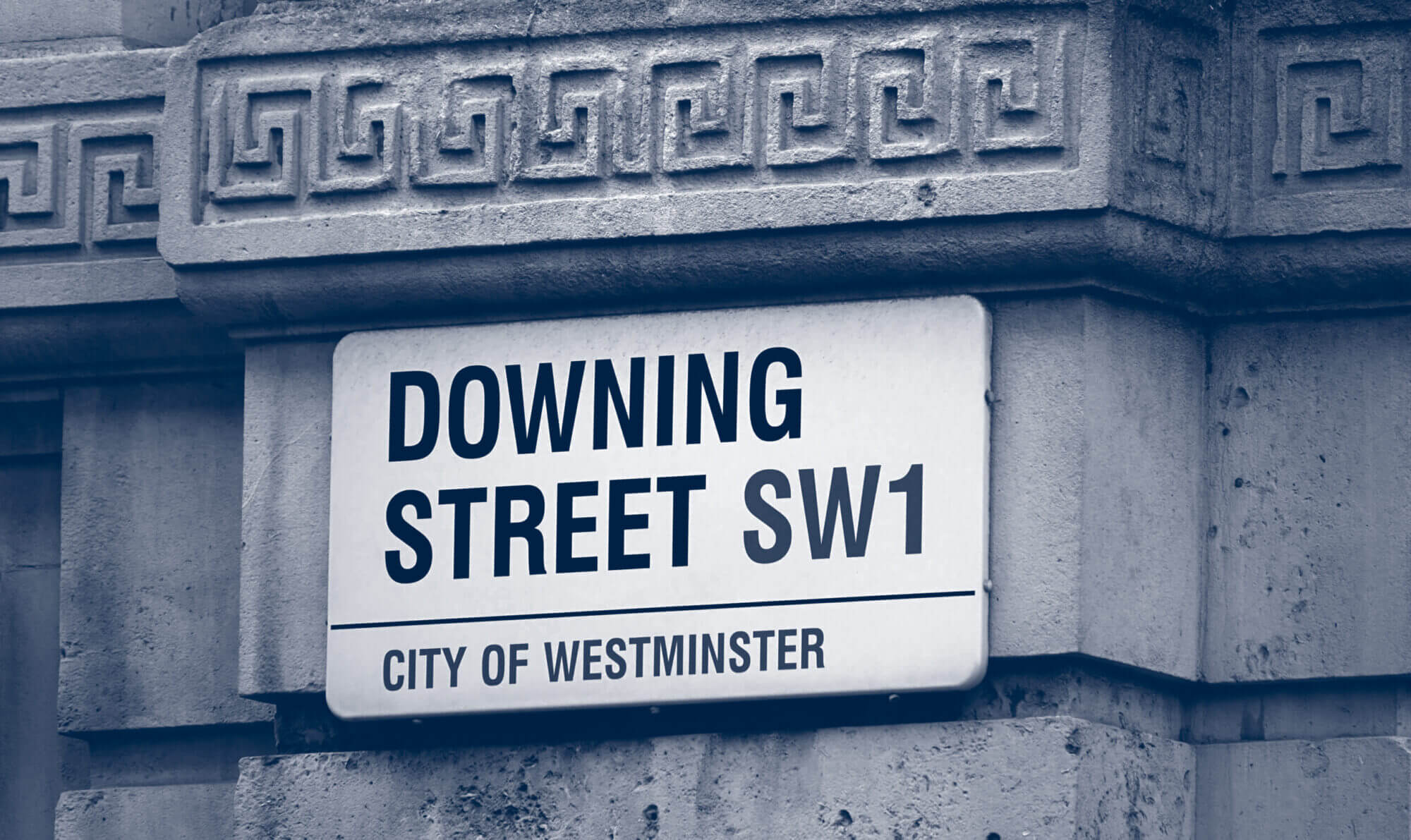 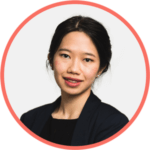 On 9 December 2022, the Chancellor of the Exchequer announced a ‘bold collection of reforms’ (the Chancellor’s choice of words; not ours) to propel the government’s ambition in creating a financial services sector that is open, sustainable, technologically advanced, and globally competitive.

The Edinburgh Reforms include a wide range of initiatives proposed by the Chancellor, such as updating the banking regulation and ring-fencing regime, reforming certain prospectus and securitisation rules, and issuing remit letters to the PRA and FCA (to make it clear that regulators have a secondary objective to facilitate internal competitiveness of the UK economy). Other proposed measures relate to pension, payment services, e-money, crypto and digital currency, and taxation (in relation to REITs, and extending the Investment Management Exemption to cryptoassets), to name a few.

We have set out below our top 10 picks from the Chancellor’s announcement which firms should take note of:

The government will launch a Call for Evidence in Q1 2023 to gather information on the effectiveness of the current Senior Managers and Certification Regime (“SMCR”), including collating views on ‘potential improvements and reforms’.

As both the FCA and PRA will be tasked to review the SMCR framework, we know at this stage that it is not only banks but other firms in the financial services industry which will be within scope of the project.  This was perhaps the most surprising point made in the announcement, but few details were given save for what we have set out above.

When it comes to reviewing regulatory frameworks, thus far, the spotlight tends to be on the banks. The SMCR regime for the banking industry has been in place for longer (with more data available for analysis), and the banks were of course the catalyst for the SMCR regime, which was introduced to improve accountability after the 2008 banking crisis. On 16 December 2020, the PRA published a 34-page report setting out its evaluation of the SMCR regime as it applies to dual-regulated firms[1]. This report was welcomed by the FCA, which noted that the PRA’s findings were in line with the FCA’s own report in 2019, announcing as well that it was ‘pleased to note that [the PRA’s report] found that the implementation of the SM&CR was successful and that it was driving positive behaviours in the industry’.

Will Q1 2023’s Call for Evidence yield a different conclusion? Given the relatively short length of time the SMCR regime has been in place for, and the positive results of the PRA’s review in 2020, we do not anticipate an overhaul of the SMCR regime, for either the banking or financial services sectors.

However, this will be the first time the SMCR regime is properly reviewed for FCA solo-regulated firms (which includes almost all UK investment firms and asset managers). Given that the Chancellor’s announcement indicates that he has ‘scope and proportionality’ in mind when considering potential reforms, we wonder if some firms may find themselves subject to less stringent SMCR requirements at the end of the review.

In terms of timeline, there will be a review and consultation phase after the Call for Evidence, and any legislative changes recommended would take time to finalise as they make their way through Parliament. We will watch this space closely in 2023, and perhaps beyond.

Building on previous reforms introduced in 2021, new regulations were laid before Parliament on the same day of the announcement known as The Markets in Financial Instruments (Investor Reporting) (Amendment) Regulations 2022 (SI 2022/1297). The Chancellor announced that these would remove certain ‘burdensome EU requirements’ related to reporting rules.

The changes introduced by the short 2-page regulations are as follows:

3. Commodities Derivatives – Laws to be introduced in Q1 2023 to remove certain burdens

The Government will bring forward secondary legislation in Q1 2023 to remove burdens for firms trading commodities derivatives as an ancillary activity. The announcement included the example of when manufacturers seek to fix the future price of their purchases of specific raw materials.

Further to the Wholesale Markets Review, the government will launch an independent review into research as part of its commitment to improve UK capital markets’ competitiveness.

No further details were provided during the announcement (such as a launch date) but firms with U.S. business relationships may have reason to be hopeful: HM Treasury’s publication on the Chancellor’s announcement indicates that this independent review may include investigating the effects of the EU’s MiFID unbundling rules, which require research to be paid for by a firm or its client (unless an exclusion applies), which notably are not applied in U.S. markets.

Firms that manufacture, advise on, or sell Packaged Retail and Insurance-based Investment Products (“PRIIPs”) may recall that, following Brexit, the FCA proposed targeted amendments to the disclosure requirements in its Handbook rules and the Regulatory Technical Standards in CP21/23. These new rules came into force on 25 March 2022 and there was a transition period which ended on 31 December 2022, by which date firms must apply the new requirements.

It was made clear back in March 2022 that these were targeted amendments and a more thorough review of retail disclosure was due to be carried out by HM Treasury. That time is now. On 9 December 2022, HM Treasury published a Consultation Paper which ‘sets out the government’s plans to revoke the PRIIPs Regulation and seeks views on a proposed alternative framework for retail disclosure’. The consultation is scheduled to end relatively soon, at 11:59pm on 3 March 2023.

Some of the notable proposals made relate to:

Whilst consumers were mentioned at numerous points in the consultation paper, the FCA’s new Consumer Duty regime was not. We anticipate that there would be considerable interaction between the two regimes, and it would be interesting to observe if the FCA can maintain a consistent approach in both areas, now that the consultation paper makes clear that government’s preference for the FCA to be responsible for retail disclosure, in line with the agenda set out in the Financial Services and Markets Bill which moves financial services rule-making to the regulators.

The Chancellor announced the government’s intention to introduce a short selling regime ‘tailored to the UK’ and the Call for Evidence launched by HM Treasury on 9 December 2022 represents the first step to repealing and replacing the regime. The consultation closes at 11:59pm on 4 March 2023.

We have included below a list of points to note in relation to the Call for Evidence:

One of the more noteworthy points of the consultation is the ambivalent tone taken concerning the FCA’s proposed role. This is in contrast to the approach advocated by the government in relation to the Financial Services and Markets Bill (and the Financial Services and Markets Act 2000 which it is based on), whereby financial services regulators generally set the rules which apply to firms in their rulebooks whilst operating within a framework established by Parliament. This approach is observed, for example, in the proposed PRIIPs Regulation, as HM Treasury’s Consultation Paper clearly states that ‘the government believes that regulatory requirements related to retail disclosure should be maintained in FCA rules, rather than in legislation.’

7. Settlement Period – Taskforce to report in 2023 on shortening settlement period

A new industry-led taskforce known as the Accelerated Settlement Taskforce will be set up to explore the potential of faster settlement of financial trades in the UK.

Currently, the industry standard of ‘T+2’ requires trades to be settled two days after trade date, with some exceptions. This has been the case in the UK and EU since 2014, and in the US since 2017. Recently, a number of jurisdictions have proposed to accelerate the settlement period (the US and Canada intend to move to a ‘T+1’ standard by 2024) and there are discussions of a further decrease to ‘T+0’ or same day settlement, using innovations such as distributed ledger technology.

The Chancellor noted in his announcement that shortening the settlement period could reduce counterparty risk and increase operational efficiency. Whilst this may be true, the Taskforce will need to first assess whether the UK’s current settlement arrangements are performing effectively and are suitable for accelerated settlement. The Chair of the Taskforce is due to provide an interim public report on initial findings by December 2023, and a full report with recommendations by December 2024.

8. Market Data – Introducing a Consolidated Tape for market data by 2024

The government intends to work with the FCA to bring about a regulatory regime by 2024 to support a consolidated tape which will bring together market data from multiple platforms into one continuous feed. The government envisions that this will improve market efficiency, lower costs for firms and investors, and make UK markets more competitive.

9. Long Term Investments – ELTIF is gone while UK LTAF is here to stay

Regulations for the EU’s European Long Term Investment Fund (“ELTIF”), which were retained by the UK after Brexit, will soon be repealed, thus removing ELTIF as an option for firms seeking to authorise funds in the UK. This comes as little surprise, given that to date no ELTIF was ever established in the UK and the UK had since introduced its own Long Term Asset Fund (LTAF) regime which the government considers to be more suited to meet the needs of the UK market.

The Chancellor made it clear that sustainable finance remains a priority for the government. As part of its commitment to align the financial services sector with Net Zero, the government will publish an updated Green Finance Strategy in early 2023 and will consult in Q1 2023 on bringing ESG ratings providers into the regulatory perimeter.

The Financial Services and Markets Bill and Edinburgh Reforms indicate the start of a process of acceleration of regulatory reforms, following a period of relative inactivity in 2021 (the first year following the end of the Brexit transitional period). There are a lot of workstreams that will develop over different time periods and there remain a lot of unknowns. The consensus is that these developments will not be a revolutionary ‘big bang’ as was the case in 1986 when the London Stock Exchange was reformed. ‘Evolution, not revolution’ will continue to be the mantra, but with evolution at a greater pace.

[1] That is, firms regulated by both the FCA and the PRA and for which the PRA is the prudential regulator (deposit takers, very large investment firms and insurers). 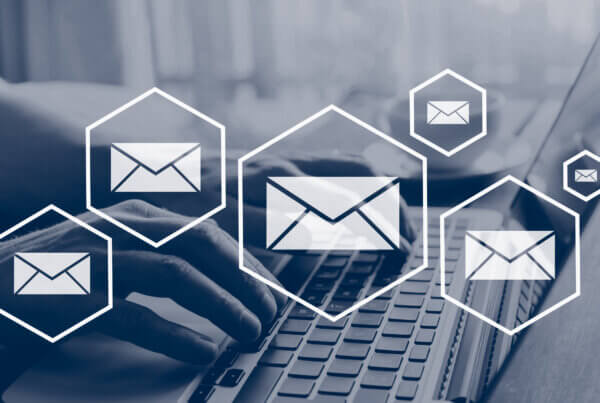 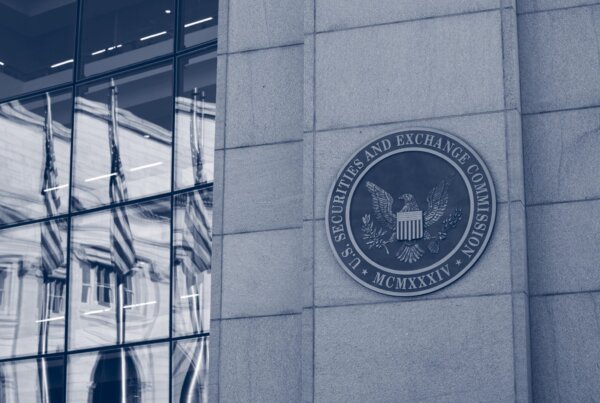 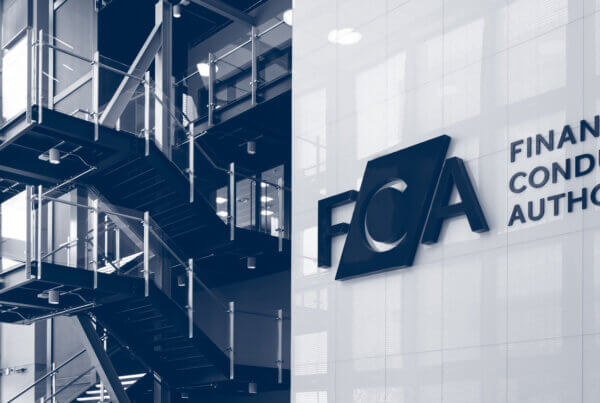